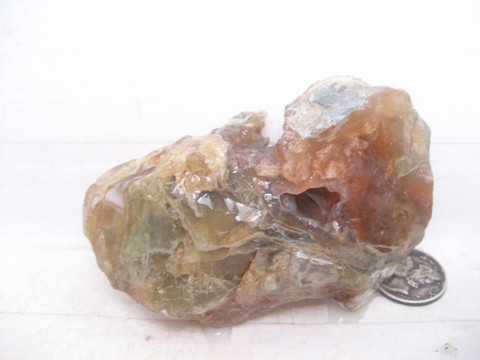 This River is over 400 miles long and cuts through central Idaho draining water from the banks of this sparsely inhabited area the whole way. It is one of the largest rivers in the continental United States without a single dam on its mainstream. Much of the area has been inhabited by several groups of people for at least the last 8,000 years, including the Nez Perce tribe. The river was considered sacred ground and a rich source of food for the indigenous people of the area who relied on the abundant fish species and other wildlife. That is amazing to me to hear of such a vast area of unpopulated land to hunt for that special find. I wonder how many times the founder of this agate has gone back to fill his pockets with his secrete agate find. This nodule has some orange and looks like candy. -WET pic.- (2.8 oz.)